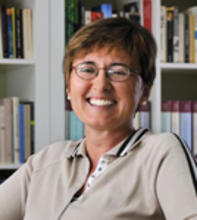 Raffaella Zanuttini began working in micro-comparative syntax by studying minimal variations in the expression of sentential negation within the Romance language family, including many non-standard varieties spoken in Northern Italy (see Negation and Clausal Structure: A Comparative Study of Romance Languages, Oxford University Press). In this project, she extends the study of micro-syntactic differences to varieties of English spoken in North America. Along with Larry Horn, she co-edited the volume Micro-Syntactic Variation in North American English, published in 2014 by Oxford University Press. 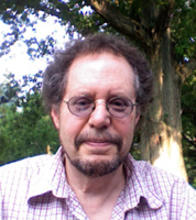 Larry Horn is a longtime member of the American Dialect Society, to whose e-mail list he is a frequent contributor. He has written on personal datives, positive anymore, lexicography, and the role of semantics and pragmatics in the grammar of negation and polarity. His publications include A Natural History of Negation (Chicago, 1989), The Handbook of Pragmatics (Blackwell, 2004), and The Expression of Negation (De Gruyter, 2010). Along with Raffaella Zanuttini, he co-edited the volume Micro-Syntactic Variation in North American English, published in 2014 by Oxford University Press. 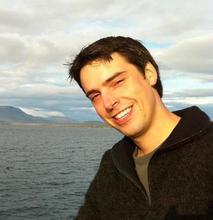 Jim Wood is an assistant professor. His research interests are in syntactic theory, Icelandic morphosyntax, syntax-semantics interface, syntax-morphology interface, and dialect syntax. He has worked on the New England so don’t I construction and verbal rather, among other topics he has pursued or is currently pursuing in English dialect syntax. He has also worked on syntactic variation in Icelandic, including variation in subject-verb agreement, figure reflexive constructions, and dative-nominative constructions. 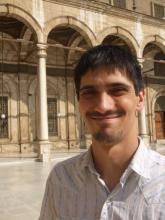 Luke Lindemann is a graduate student. He is from Austin, Texas and has worked on Texas German dialects for the University of Texas. He is currently looking at the semantics of split ergativity in Nepali. As a member of the YGDP, he is particularly engaged with the ongoing investigation into the Southern Presentative Dative (‘Here’s you a piece of pizza’) constructions.

Matt Tyler is a graduate student. His research is mainly in syntax, and he is interested in formal approaches to syntactic variation. This includes variation across dialects of US English, and variation within individual speakers. Constructions he has worked on recently are "have yet to", as in "John has yet to visit his grandmother", and "do got", as in "do you got any money?" 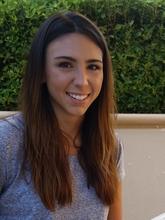 Randi Martinez is a graduate student. Her research interests are in syntactic variation and the syntax-semantics and syntax-pragmatics interfaces.  She has looked at the after-perfect construction and is currently working on the possessive relative that’s construction (`the book that’s cover is ripped’). 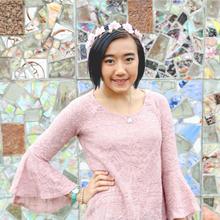 Serena is a sophomore at Yale College, studying Linguistics, and she is interested in code-mixing and language acquisition. She is currently serving as Vice President of the Yale Undergraduate Linguistics Society. 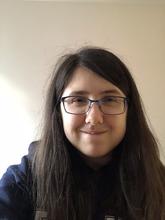 Shayley is a sophomore at Yale College, studying Linguistics. Her research focuses on Appalachian English. She is currently investigating the phenomenon known as relative where. 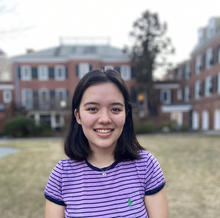 Membership: 2019-Present
Josephine Holubkov is a first-year at Yale College who plans to major in Linguistics. She is interested in the cognitive effects of multilingualism and how we perceive people based on their dialects. She currently serves as the NACLO Chair of the Yale Undergraduate Linguistics Society. 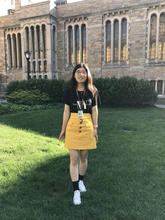 Lydia Lee is a first-year who was inspired to apply to Yale because of the YGDP. She is from Southern California and is excited to continue exploring the field of Linguistics at Yale.

Liam Curtis is a first-year in Berkeley from Chappaqua, NY. He is a prospective Cognitive Science major, who is interested in cognitive linguistics and curious about the intersection of race and language. 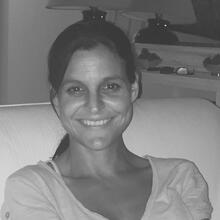 Carolina Fraga is a graduate student from the CUNY Graduate Center. She is interested in theoretical syntax in general, and in the syntax of Spanish in particular. She has worked on spatial prepositions in Spanish and on quantifiers, and is currently doing research on the completive all/todo construction (Tenés toda arena en el pelo./You have all sand in your hair.) in both Spanish and English. 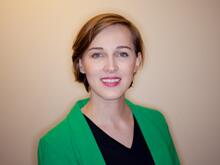 Milena Šereikaitė is a postdoctoral associate in syntax. The primary focus of her research conserns syntactic theory, syntax/morphology and syntax/semantics interfaces.  Milena’s work investigates properties of Voice, case, subjecthood, passives vs. impersonals, nominalizations in Lithuanian. She is also interested in syntactic variation. 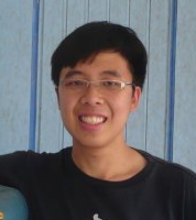 Nick Huang graduated from Yale in 2011 with a B.A. in linguistics and now studies linguistics as a graduate student at the University of Maryland. From sunny Singapore, he has had experience with non-standard varieties of English, albeit of the Southeast Asian kind. 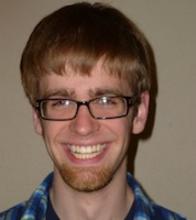 Zach Maher graduated from Yale in 2013 with a B.A. and M.A. in linguistics. 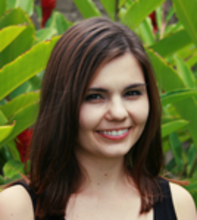 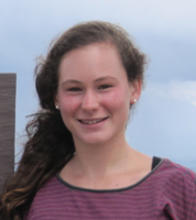 Phoebe Gaston graduated from Yale in 2013 with a B.A. in linguistics and now studies linguistics as a graduate student at the University of Maryland. Her interests lie in Syntax and Neurolinguistics. 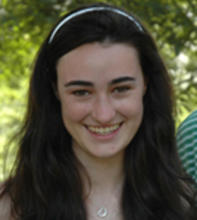 Katie Ruffing graduated from Yale in 2013 with a B.A. in linguistics and a B.A. in English. 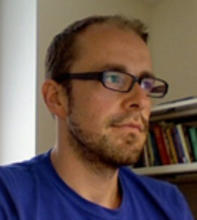 Dennis Storoshenko formerly worked as a lecturer and postdoc at Yale. He is now an assistant professor of linguistics at the University of Calgary. His research is primarily on theoretical syntax and the syntax-semantics interface, with a focus on binding and anaphora. While at Yale, he worked on projects involving the non-canonical use of reflexive pronouns, and the use of variant reflexive forms such as hisself and theirselves in North America. He also worked on developing practices for using Twitter as a tool in remote fieldwork; as geotagging becomes more common, Twitter can become an easy tool for identifying dialect features in a specific area. 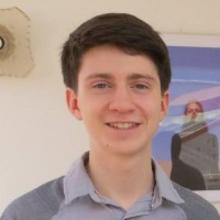 Aidan Kaplan graduated from Yale in 2017 with a B.A. in Linguistics. During his undergraduate career, he was an active member of the Yale Undergraduate Linguistics Society (YULS), and he helped organize the North American Computational Linguistics Olympiad (NACLO) contest site at Yale. 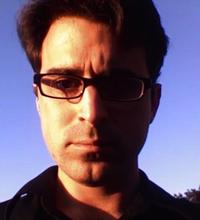 Matthew Barros spent three years at Yale, first as a postdoc and then as a lecturer. His research interests are in syntax and its interfaces with semantics and pragmatics. He is interested in syntactic variation in ellipsis constructions and copular clauses. 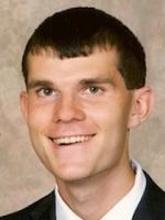 Tom McCoy graduated from Yale in 2017 with a B.A. in Linguistics. During his undergraduate career, he spent several summers developing computational tools for low-resource languages, and he served as an organizer and problem writer for the North American Computational Linguistics Olympiad (NACLO). 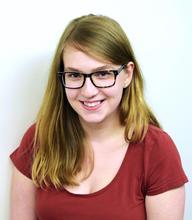 Katie Martin graduated from Yale in 2018 with a B.A. in Linguistics. After graduation, she is spending a summer working for the YGDP. She will soon be studying linguistics at the University of British Columbia. 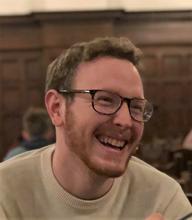 Peter Staub graduated from Pomona College in 2018, with a degree in linguistics and cognitive science. He spent the summer of 2016 at Yale researching the constructions fixin’ to and finna.

Jason Zentz received his PhD from Yale in May 2016, having studied the morphosyntax of wh-questions, clefts, relative clauses, and adverbial clauses in Bantu languages during grad school. After graduation, he worked for the YGDP as postdoc, funded in part by the NSF grant “The Microsyntax of Pronouns in North American English.” He is now Assistant Dean of Academic and Faculty Affairs in Yale’s Faculty of Arts and Sciences. 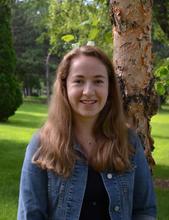 Kaija is studying Ecology & Evolutionary Biology (Class of 2020). She has taken a few linguistics classes and loves learning about language. Currently, she is working with the YGDP to clean and manage survey data for future analysis and inclusion in a database.

Kento is a senior at Yale studying Linguistics and East Asian Studies. He is currently working on the “try get” construction in Hawai’i English. 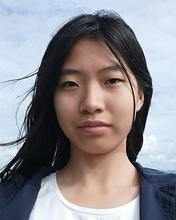 Heidi Lei is a high school senior at Choate Rosemary Hall. She is an International Linguistics Olympiad medalist. The construction she has been working on recently is get my X on.

Oliver graduated in 2020 with a B.A. in Linguistics. His interests include synchronic/diachronic syntax, microvariation and linguistic typology. He is currently involved in all manner of things pertaining to YGDP including researching new topics, updating bibliographies and entries, and fine tuning the website.