If you said to me last year, I'd be after having the year I'm after having, I would have laughed at you basically.

In the varieties discussed on this page, this construction would mean 'I have (just) had my dinner,' though some varieites of English may have another reading, which is disussed at the end of this page.

Outside of North America, it is a characteristic of Hiberno English found in Ireland (see e.g. Clarke 1997; Filppula 1999; Dolan 2012; Hickey 2007). It is also found in Scots (Gary Thoms, personal communication, October 6th, 2017) and Hebridean English (Sabban 1982; 155ff), according to Bismark (2008: 96). In North America, this construction is used "...in transplanted varieties of Irish English like Newfoundland [and Labrador] English (see for example Clarke 1997: 216; Kortmann and Szmrecsanyi 2004: 1151, 1053), Prince Edward Island English (Pratt 1988 [...]) and the dialect spoken in the Ottawa Valley (Trudgill 1986: 150)" (Bismark 2008: 96). In Newfoundland and Labrador, this construction is used by more than just speakers of Irish origin. Its use has spread over "virtually all communities, crosscutting a number of social levels" (Clarke 1997: 216). On this page, we will focus on the variety spoken in Newfoundland and Labrador, but we will sometimes make reference to Hiberno-English.

See our interactive map below to explore some raw data in more detail. 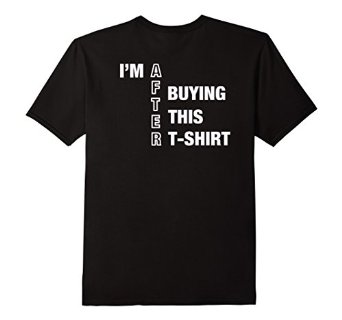 For Newfoundland and Labrador English, many claim that the after-perfect has the same uses as the Standard English have-perfect (Story 1967: 560; Trudgill 1986: 151; Kirwin 1993: 73; Clarke 2004: 306; see Bismark 2008 for discussion). While a study by Bismark (2008) confirmed this to some extent, Bismark also found that the use of the after-perfect in Newfoundland and Labrador English mainly functions to express an existential meaning, and is much less frequent with other uses. Amador-Moreno & O’Keeffe (2018), on the other hand, found many more instances of the after perfect than the have perfect in their corpus generally. We now discuss this in more detail.

The existential perfect indicates “the existence of past events” (McCawley 1973: 263). This describes events that have occurred at some point in the past, for example:

2) I have visited France.

This category indicates “that the direct effect of a past event still continues” (McCawley 1973: 263). It is used for an event that influences the present, for example:

4) I have eaten dinner [so I am not currently hungry].

Unlike the existential use above, the most natural use of (4) is not that I ate dinner at some point in the past (such as a year ago). Rather, it is used to indicate a present state: that I do not need to eat now or soon, because I am not currently hungry.

In Newfoundland and Labrador English, Bismark (2008) found this use of the perfect to be the second most common use of the be after V-ing construction, with approximately one fifth of the sample sentences. An example provided can be seen in (5):

The ‘hot news’ category refers to relevant events in the very recent past. This use can be expressed by the perfect in Standard English. In Standard English, the word ‘just’ is often used in this expression. For example:

Bismark (2008) found some examples of this use in Newfoundland and Labrador English, but far fewer than uses of the existential and universal categories. This differs from Hiberno-English, where it has been claimed (by the researchers listed at the beginning of this section) that ‘hot news’ is the most common use in Hiberno-English (Kallen 1989, 1991; see Bismark 2008: 97).

This category indicates “that a state of affairs prevailed throughout some interval stretching from the past into the present” (McCawley 1973: 263). In other words, this describes an event that began in the past and persists into the present. In Standard English, this use can be accompanied by words like ‘since’ and ‘for’. For example:

In Newfoundland and Labrador English, this use, like the ‘hot news’ use, was not found to be very common, but there were some examples (Bismark 2008).

Syntactically, this construction is used quite interchangeably with the Standard English have-perfects.

The verb ending in -ing can be intransitive, transitive, or ditransitive verb as in (8a-c):

8) a. I am after cooking in the kitchen. (intransitive)

b. I am after cooking my dinner. (transitive)

c. I am after cooking the kids dinner. (ditransitive)

The construction can also occur in a question, as in (9):

The subject can also be animate or inanimate, as in (10a-b):

b. There was after raining you know there was puddles of water all over the ice (Bismark 2008: 116)

As pointed out in Kallen (2013), the study conducted by O’Keeffe and Amador Moreno (2009) did not find any instances with negation in the 95 examples of the after-perfect from the Limerick Corpus of Irish English (LCIE). Some instances with negation have been found in other studies, such as the sentence in (11) (from Hickey 2007: 288), but they are rare.

In a contemporary corpus study conducted by Amador-Moreno & O’Keeffe (2018) the authors found only present and past reference forms of the after perfect construction (i.e. following either is/are/am and was/were); however present-reference usages outnumbered past nearly fivefold.

The origin of this construction can be traced to Celtic. For example, in the Irish language, the preposition meaning ‘after’ (tar éis or tréis) is used before a verbal noun to indicate that the event denoted by the verbal noun has just been completed; but it translates into English literally as after plus a verb ending in –ing (Bismark 2008). An example from Irish can be seen in (12):

Bilingual speakers of Irish and Hiberno-English may have adopted this form as a loan translation from Irish to express the same meaning in English.

Speakers who do not use a variety of English that uses after-perfects may interpret the after-perfect as meaning that the subject is in pursuit of something, or going after something. Dolan (2012: 3) states that in Standard English, the sentence in (1) (I’m after having my dinner) could be interpreted with a pursuit reading, as in, “I am in pursuit of having my dinner.”

Contributed by Randi Martinez on April 20, 2018