The alls-construction refers to the appearance of -s on the word all in sentences like (1):

1) Alls Greg and Marsha want to do is kiss each other when no one else is around.
(Putnam and van Koppen 2011)

This construction is sometimes spelled with an apostrophe before the -s. With this spelling, sentence (1) would be written as follows:

2) All's Greg and Marsha want to do is kiss each other when no one else is around.

Putnam and van Koppen (2009, 2011) say the alls-construction is part of the dialects of Midwestern American English. The data they analyzed came from speakers from Southern/Southeastern Ohio and Kentucky. It has also been claimed to be found in the San Francisco Bay area (see this discussion on linguistlist.org).

See our interactive map below to explore some of the raw data from a recent survey in more detail. 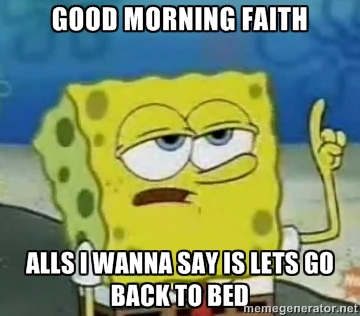 The following syntactic properties and examples illustrating them are all taken from Putnam and van Koppen (2009, 2011).

Not just a variant of all

The -s suffix characteristic of the alls-construction has a restricted distribution, and cannot always appear on all. For example, the -s would not occur in examples like (3) and (4):

The places where alls can appear are similar to those where pseudoclefts can appear. A pseudocleft is a construction where there is a clause beginning with a wh-word in subject position, and that clause is followed by the verb be. Sentence (5a) is an example of a pseudocleft, while (5b) shows a similar sentence using alls:

5) a. What Amy got from Grace was a box of chocolates.

b. Alls Amy got from Grace was a box of chocolates.

The following syntactic properties provide further examples of how alls is not simply "another word for all" in the dialects where it is attested.

6) a. All Alice brought to the party was bread.

b. Bread was all Alice brought to the party.

However, inversion is impossible with the alls-construction. For example, when (7a) is inverted, the resulting sentence, (7b), is not acceptable:

7) a. Alls Alice brought to the party was bread.

b. *Bread was alls Alice brought to the party.

c. Alls he wants to do is sing a song.

d. Alls we want to do is sing a song.

e. Alls they want to do is sing a song.

However, Putnam and van Koppen (2011) do note that while the speakers they worked with rejected sentences with you, this does not hold of all speakers of the alls-construction. Attested examples with you are possible to find, and some speakers apparently accept such examples. This variation is yet to be explained. 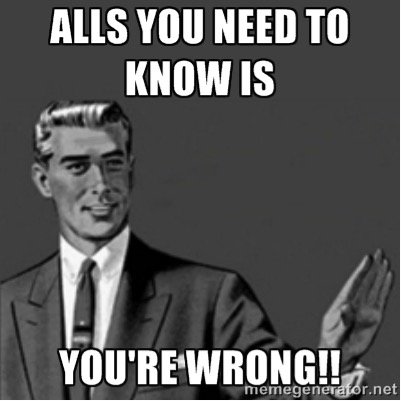 There were some discussions on linguistlist.org in the early 1990s speculating about the possible origins of the -s in the alls-construction. Steve Helmreich and Ron Smyth discussed the possibility that the -s is a reduced form of is, while several others (Mike Carter, Scott DeLancey, Lee Rudolph, John Phillips, and Brian Teaman; see also Kjellmer 2008) talked about the possibility that it is a reduced form of as, pointing out that in some dialects in England, it is possible to say All as I know.... Another contributor, Ellen Contini-Morava, discussed the possibility that it was related to the German word alles. Judy Delin suggested that it might be related to the following American English construction in (11), "which doesn't occur as far as [she] know[s] in British English":

Still others (Monica Macaulay and Paul Chapin ) pointed out additional potentially related cases where an -s suffix appears in spoken English, such as Hows about we leave soon? or That's a long ways away from here.