"Jamie is SO going to kiss you!"

Drama SO is a new usage of the word so that gained prominence starting in the 1980s. Traditionally, so could only modify a phrase whose meaning involved a range of possible degrees or intensities; a phrase with this property is said to be gradable. For example quickly is a gradable term because there are many possible levels of how quickly something moves: very quickly, not that quickly, and too quickly are some examples.

Although so historically could only modify gradable phrases, Drama SO is distinctive because it modifies non-gradable phrases, most notably verb phrases, as in the following examples (all examples are from Irwin (2014) unless otherwise noted):

1) Jamie has SO dated that type of guy before.

2) People are SO wearing flip-flops this season.

3) I am SO not going to study tonight.

This construction is characterized a specific attitude on the part of the speaker that expresses what Irwin (2014) calls "whole-heartedness"—that is, the speaker whole-heartedly feels what he or she is saying.

Note that, in linguistic example sentences, Drama SO is usually capitalized like it is in (1), (2), and (3) to reflect the fact that it is stressed.

Drama SO seems to be completely acceptable to most speakers born in the 1960s and later, though it is similar enough to ordinary so that its meaning is usually apparent even to older speakers who may or may not use the construction themselves. Its geographic distribution is widespread and includes the U.S. and U.K.

Compatibility with all tenses and aspect

4) Mary SO completed her lab on time.

With modals and auxiliaries

b. I should SO call my parents tonight.

Drama SO is always used in a declarative clause, which may be used to answer a question, to agree with an assertion, or to contradict an assertion. However, Drama SO is typically unacceptable in questions that use wh-words, as in (7a), and yes-no questions, as in (7b):

b. *Is Mike SO going to that Depeche Mode concert?

The only kind of question in which Drama SO can occur is a negative yes-no question that expects a positive answer, as in (8):

b. Is Jamie really so happy with that guy?

Drama SO cannot introduce extent clauses, which describe the extent to which an action will be done (Rothstein 1991). For example, (10) is ungrammatical because it contains Drama SO introducing an extent clause, which is marked with brackets:

10) *We are SO going out tonight [that we won't be back till morning.]

By contrast, ordinary so can introduce extent clauses, as in (11):

11) We are going out so late tonight [that we won't be back till morning.]

Drama SO as a degree word modifying totally

Irwin (2014) proposes that so in Drama SO is a degree word, which indicates a high degree (just as so indicates a high degree when it is used in front of an adjective like cold or an adverb like quickly, as in so cold or so quickly). She explains the distribution of Drama SO by suggesting that it always modifies the speaker-oriented adverb totally. For example, under this analysis the sentence in (12a) is underlyingly (12b) with totally not pronounced:

b. Jamie has SO [totally] dated that type of guy before.

This view predicts that the distribution of Drama SO should match that of the adverb totally.

Note that the sense of totally in question is the speaker-oriented adverb totally, which can be loosely equated to definitely, as opposed to the manner adverb totally which means "completely." The speaker-oriented version is used in sentences like (13a) while the manner adverb version is used in sentences like (13b):

13)   a. I [totally/definitely/wholeheartedly] want to go to the movies.

b. I [totally/completely] finished my homework. 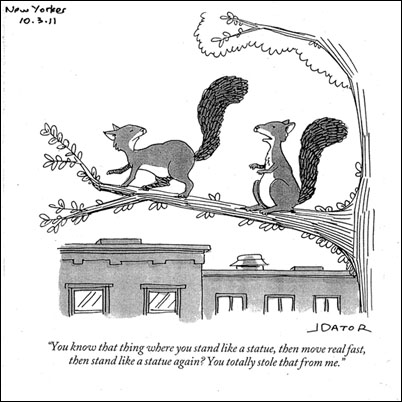 By contrast, ordinary degree so can occur in a negative environment as in (15):

15) I’m not so happy about Jamie’s new boyfriend. (ordinary degree so)

16) John thinks that Mary SO aced that physics exam.

Pitch also distinguishes Drama SO from the so that occurs in an emphatic contradiction of a negative statement. For example, the reply spoken by speaker B in (18) contradicts the utterance of speaker A, and the auxiliary verb is in speaker B's utterance must be stressed to express the intended contradictory meaning:

The same string of words could instead include Drama SO, as in (19):

Drama SO in popular culture

Pop music also contains many instances of Drama SO. The title of the 2007 Hilary Duff song "So Yesterday" is an example of the phenomenon, while the lyric "I'm SO 3008, you SO 2000 and late" appears in "Boom Boom Pow" by the Black Eyed Peas (2009)

The title of the 2010 children's book I'm So Not Wearing A Dress! features Drama SO modifying a verb phrase, while the line "That was SO not Mavis's style" occurs in the book Is everyone hanging out without me? (And other concerns) by Mindy Kaling (2011, p. 45).