"He fast in everything he do."

Null copula (also known as zero copula) is the omission of a form of the verb be, which is often referred to as a copula. Examples of null copula are given in (1) and (2):

In the above examples, the underscore ( __ ) is used to represent the omission of are, a form of be.

This page will be focused primarily on null copulas in contexts like (1) and (2). However, it is worth noting that many other varieties of English, both standard and nonstandard, can omit the copula in a few very specific contexts. One such context is questions like the one in (3), where the first element has been deleted:

Copula absence may also occur in newspaper headlines, such as the one in (4): 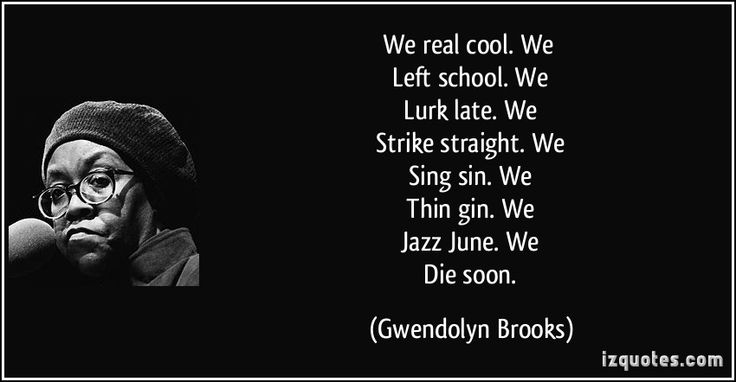 Null copula is a highly common feature of African American English (AAE). It is also a common feature in English-based creoles, pidgins, and other varieties developed from high levels of contact between languages. (See related phenomena below.)

Forms that may be deleted

Not all forms of the copula may be omitted in African American English; in fact, most forms of be must always appear. In general, is and are are the only forms that may be absent. Forms that can never be omitted include past tense was and were, the form be itself, and first person present tense am (’m). For example, (5b), (6b) and (7b) are impossible. (5b) is a possible form, but it cannot have the past tense meaning of (5a). It can only mean 'She is likin' me ... she is likin' George too'.

Interestingly, there are many contexts in which no form of the copula, not even is or are, may be omitted. For instance, null copula does not occur in clause-final positions such as those in (8).

See discussion below for a discussion of how this relates to rules of contraction.

Furthermore, most speakers cannot omit is after it, what, or that in sentences like the following (note that the combination of one of these words with the contraction ’s often causes the deletion of the consonant /t/, resulting in the pronunciations i’s, tha’s, and wha’s):

Another context that disallows the omission of the copula is a sentence type called a tag question , which occurs at the end of a statement in order to request confirmation. An example of a tag question is given in (12a). In AAE, the copula cannot be omitted in a tag question, as illustrated in (12b):

The copula also cannot be omitted in emphatic sentences such as the one in (13):

Copula absence is not required in any context in AAE; any sentence that contains a null copula may also contain a pronounced form of be, whether contracted or full. In the following AAE examples (14)-(15) the copula may be either null or pronounced.

15)  a. His wife is supposa be gettin money for this child.

Labov (1969) notes a relationship between null copula in AAE and contraction of the copula, specifically the ’s and ’re forms, in Standard English. This connection is expressed in the principle given in (16).

This principle generally appears to hold true. As demonstrated in (17), contraction in Standard English cannot occur when the copula occurs clause-finally, just as null copula cannot (compare with example in (8) above).

Partly owing to the relationship between contraction and null copula, Labov (1969, 1995) argues that the latter phenomenon is the result of phonological processes. In other words, the grammatical structures of sentences like (18a) and (18b) are identical. Therefore, the only difference between these two sentences is their pronunciation.

The argument is attractive in part because AAE has many phonological rules which delete consonants near the ends of the words. For example, word-final stops are deleted in two-consonant clusters (e.g., cold → col’). Similarly, the second consonant in a cluster of three is deleted (fists → fiss) (Thomas & Bailey 2015:404).

Labov’s argument is supported that the forms of the copula which may be omitted (is and are) share certain phonological similarities that are not shared by the remaining forms of the copula. For instance, is and are begin with vowels, whereas was and were do not. Additionally, is and are contain short vowels ([ɪ] and [ɚ], respectively) while be contains a long vowel [i:].

Partly owing to the relationship between contraction and null copula, Labov (1969, 1995) argues that the latter phenomenon is the result of phonological processes. That would mean that the ability to omit a copula is not so much a result of the rules of AAE syntax, but have to do with the rules of the AAE sound system. Other authors, such as Mufwene (1992) and Bender (2000), argue that this is insufficient, and that the analysis of the null copula really does involve the syntax, and not just the sound system.

Many of the world's languages have null copulas (Stassen 2013), and like in AAE, it is common for such null copulas to be restricted to present tense. As previously mentioned, it is a feature commonly found in English-based creoles and pidgins and high contact varieties. For discussion of such varieties of English across the world, see Kortmann and Lunkenheimer's (2013) results for copulas before noun phrases, locatives, adjective phrases, and progressive verbs.

In addition, there are many other phenomena connected to copulas: see our pages on Double IS, Needs Washed, and Stressed BIN, for just a few examples.