"Is that all the better you can climb?"

All the + comparative is a phenomenon that consists of the words all the followed by a comparative. (A comparative is an adjective or adverb modified by the word more or the suffix -er). The following sentence shows an example of this phenomenon:

In sentence (1), all the further essentially means "the farthest" or "as far as." Therefore, this sentence could be paraphrased with sentence (2a) or (2b):

b. Our car broke down, and Croton was as far as we got.

Although most discussion of all the + comparative talks about its usage with farther/further as the comparative, other adjectives or adverbs are also possible, as shown in the following sentences:

All the + comparative is most widely recognized as a feature of dialects in the Midwest and Pennsylvania (Thomas 1993, Murray and Simon 2006, Ashcom 1953, Metcalf 2000, DARE), though it has been observed in other varieties of English such those spoken in the Ozarks (Randolph 1927) and in the Carolinas and Georgia (LAMSAS; see Kretzschmar 1993). Thomas (1993) notes that it was once used in many dialects in both the South and the North in areas with heavy Scotch-Irish influence, but nowadays it mostly remains only as a characteristic of Midwestern and Pennsylvanian speech varieties. Notably, it is generally absent from the dialects of New England, and (despite occurring in the rest of the Midwest) it is also absent from central and southern Illinois (Thomas 1993).

Bryant (1962) notes that educated speakers prefer as far as over all the farther, which suggests that there might be some stigma associated with all the + comparative. Beyond this observation, little is known about the sociolinguistic factors affecting this construction. 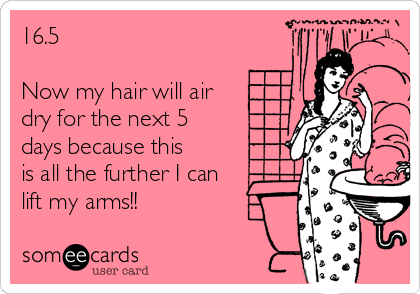 All of the following observations about the syntactic properties of all the + comparative are from Thomas (1993).

Cannot occur directly before its noun

Although all the + comparative is semantically similar to a superlative, their distributions differ in several ways. One key difference is that superlatives can precede nouns as in (8):

However, all the + comparative cannot precede a noun. Thus, (8) becomes unacceptable when the superlative tallest is replaced with its counterpart all the taller as in (9):

Instead, instances of all the + comparative with an adjective must occur in predicate position after some form of the verb be.

Cannot be modified by adverbs

b. *That’s all the very prettier she can be.

Occurrence with than clauses

However, (12), which is the superlative-based counterpart of (11), is unacceptable:

By contrast, this sentence is acceptable with the analogous superlative most or the equative as much as:

b. That was as much as we could do.

Thomas (1993) presents data from a survey of sixth-grade students in central Ohio in which the students were presented with the following three sentences:

15) The road was blocked, and Croton was all the further we could go.

17) That’s all the more comfortable it gets in here.

Standard English allows the all the + noun construction, in which all the is followed by a mass noun, as in (18):

Some dialects allow this construction to be used with a singular form of a count noun in which all the has the meaning "the only." Thus, sentence (19a) from Thomas (1993) has the same meaning as (19b) in varieties of English that accept this usage:

b. That’s the only daughter he’s got.

All the + positive (simple) adjective

b. That’s all the farther we went.

c. That’s the farthest we went.

All the + comparative in different contexts

Sequences of all the followed by a comparative may occur in standard English in certain contexts, as in the following sentences from the Internet:

21) Having the before picture taken makes this diet seem all the more real.

22) Coming home for summer makes me all the more thankful I got out of this place when I did.

23) Working retail has made me hate the human race all the more.

Although these sequences appear similar to instances of all the + comparative, they differ semantically because, whereas all the + comparative gives the adjective or adverb a superlative meaning, in examples like the ones above all the has roughly the same meaning as emphatic “even,” so that a phrase like all the harder is similar in meaning to even harder.