"I dunno about morals, but I do got rules."

Bare got is a usage of got that indicates present-tense possession, even though in standard English got functions as a past-tense verb or past participle.

To understand bare got, it is helpful to compare it to other English constructions involving got. For example, all English speakers make use of the have got construction. When followed by a noun phrase, have got indicates possession, as in (1):

1) We've got a lot of problems right now.

Similarly, all English speakers can use got as the past tense of get, as in (2):

b. I got laid off last month.

However, some English speakers may use got on its own to indicate possession in the present tense, as in (3), which has the same meaning as (1):

3) We got a lot of problems right now.

The usage shown in (3) is the one that we will refer to as "bare got."

Jespersen in 1961 describes bare got as a "very recent innovation" which is "particularly frequent in America" (p. 53). Fodor & Smith (1978) describe this phenomenon as a characteristic of some varieties of African American English, but its distribution is certainly wider than that. There has been comparatively little research on the prevalence of bare got in American English, however.

Quinn (2004) mentions that bare got is common in New Zealand English, though she treats it as not significantly different from have got. In a case study of speakers in Toronto by Tagliamonte et al. (2010), bare got was used almost exclusively by men, and more so by those with lower levels of education and those in "blue collar" occupations. It is unclear how widespread this pattern is.

See our interactive map below to explore some raw data from recent survey results in more detail. 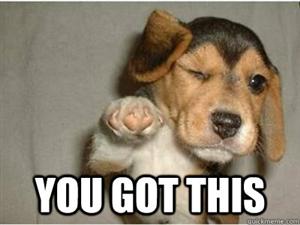 Got as a main verb

Fodor & Smith show that, for many speakers, bare got may occur alongside the auxiliary do in yes-no questions, as in (4a), and in negation, as in (4b):

The appearance of do alongside a main verb, in certain contexts including questions and negation, is known as do-support. Fodor & Smith suggest that the fact that we see do-support alongside got implies that, for these speakers, got is functioning as a main verb.

A second potential piece of evidence for the main verb analysis of bare got is that it licenses do-support in tag questions as in (5):

Again, this suggests that got is a main verb because in tag questions, as in other questions, only main verbs co-occur with do.

However, McCawley (1988:506) shows that it is possible to have do-support in a tag question even when the main clause features an auxiliary have. For example, our surveys confirm that the sentence in (6) is very widely accepted by American English speakers:

For this reason, we might be cautious about using (5) as evidence for the main verb status of got. 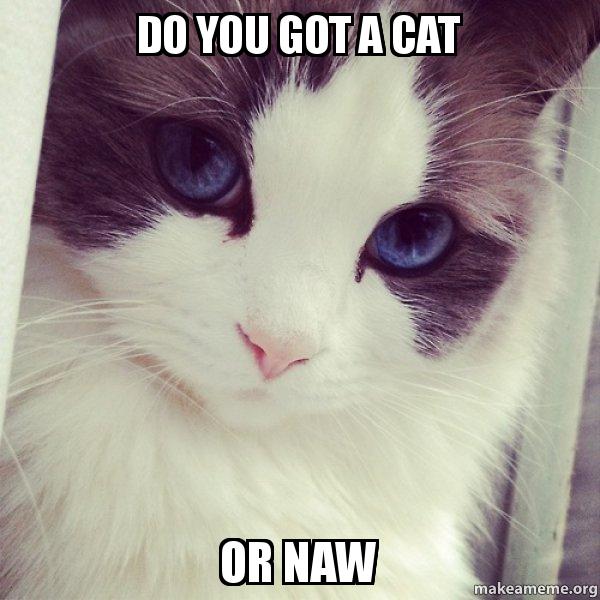 We have seen that some speakers allow got to appear without a preceding auxiliary have. But even for these speakers, got does not behave like a full regular verb. Firstly, for most speakers it cannot take the -ing suffix to form a gerund, as in (7):

Secondly, for many speakers bare got cannot appear in non-finite contexts, as in (8):

When got co-occurs with a 3rd-person singular subject, three different outcomes are attested.

In one variety described by Fodor & Smith, got exhibits -s inflection:

This illustrates another way in which some speakers treat got like a main verb.

In another variety, the inflection is absent. This is illustrated, for instance, by the title of the following 1998 movie:

We might expect to find this pattern among African American English speakers, as the 3rd-person singular -s inflection may be dropped in AAE (Green 2002:36).

A third pattern has been observed by Christina Tortora (2007) and corroborated by Tagliamonte et al. For these speakers, bare got simply cannot co-occur with a 3rd-person singular, and both she got and she gots would be ungrammatical. For such speakers, Tortora claims that do-support in questions and negation is ungrammatical too. 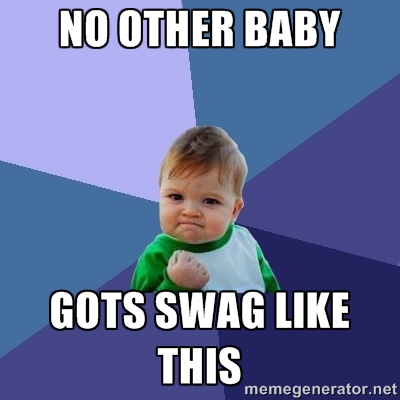 Got may also be used as a modal expressing necessity, when followed by to. Got to is phonologically reduced and is sometimes written as gotta. Like possessive got, got to is found in exactly those places where have got to may also occur, as shown by the examples in (11):

The relationship between possessive got and modal got is not clear. The use of gotta is widespread in American English, and Krug (2000) shows that the same is true for British English. Tagliamonte & D'Arcy (2007) show that the same holds for Toronto English. They further show that some varieties permit gotta to take do-support in questions (parallel to do you got one):

Auxiliary omission with other verbs

Crowell (1959:284) notes that the auxiliary have can be dropped with verbs other than got. Jespersen (1961:44) provides these examples:

Both authors suggest that this is characteristic of American English, though the relationship between bare got and auxiliary omission is unclear.

In their analysis, middle-of-the-road and innovative speakers use got as a main verb which has essentially the same meaning as have. When this verb is used, have must be inserted before it. Under ellipsis contexts, this rule of have-insertion is not activated. For "advanced" speakers who have bare got, what has happened is that the rule inserting have has been lost, and got has become a regular verb. This analysis is supported by Tuomola (2019, 16).