In standard English, (1) would not be acceptable. Instead, repaired would either need to become an infinitive (a verb form with to), as in (2a), or a gerund (a verbal noun ending in -ing), as in (2b):

b. The car needs repairing.

The most common verb associated with this construction is need. However, Murray and Simon (2002) show that want and like are sometimes possible as well, as in the following examples:

3) Cindy, this one [baby] just woke up and probably wants fed. 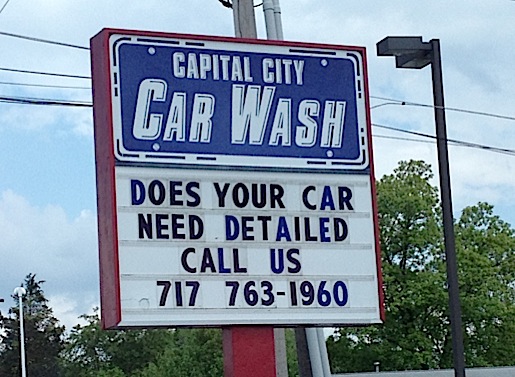 Murray and Simon (2002) describe the rough boundaries as Western Pennsylvania, Eastern Ohio, Northern West Virginia, and Central Indiana. Pockets of speakers may exist in places as far-spread as Kentucky and Illinois. This construction is also attested in Scots English, which might be its historical source. 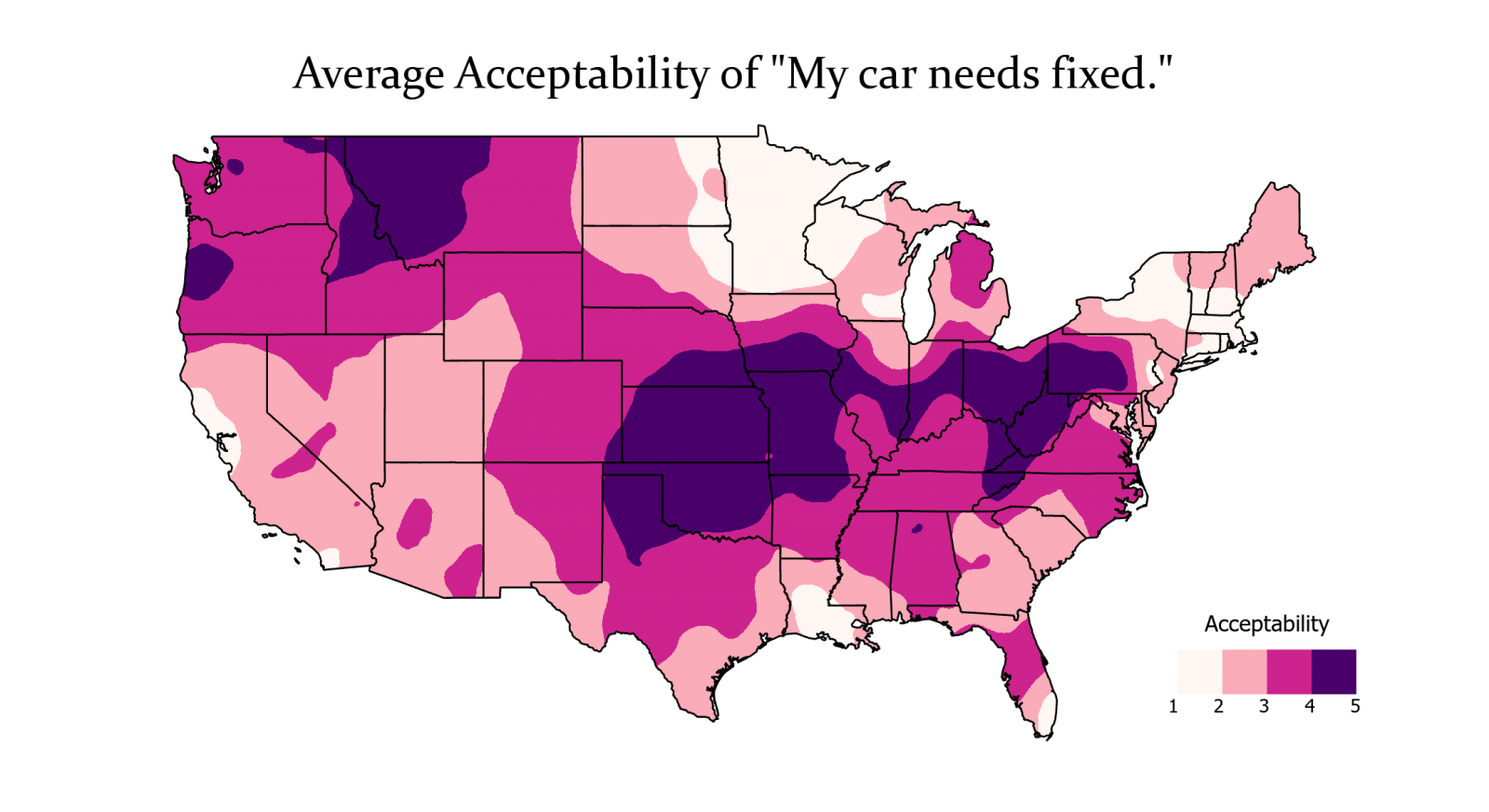 Map created by Josephine Holubkov on May 30th, 2020

Murray and Simon (2002) observe the following implicational hierarchy with regard to whether need, want, and like are accepted:

6)  a.*The car needs washed, not necessarily by you, but by someone before the weekend.

b.*I’ve written up the document, but before it goes out, it needs checked by Kim, Alex, and Sandy.

By-phrases have traditionally been used as a diagnostic to differentiate some types of verbs. For example, they are one difference between passives and so-called "middles" like (8):

Passives allow by-phrases, as in (9a), whereas middles do not, as shown by the unacceptability of (9b):

b. *The book reads easily by her.

10)  a. The Minotaur is being defeated by Theseus.

b. *The Minotaur seems defeated by Theseus.

Despite the difference shown in (10), Bruening (2014) argues that adjectival passives in fact can occur with by-phrases, as in the following piece of dialogue:

11) Invading Commander: I want the treasury left untouched!
Underling: Untouched by anyone but you, you mean.

If Bruening's argument is accepted, by-phrases are not a useful diagnostic as to whether needs washed sentences involve adjectival passives or verbal passives. However, as discussed in the next section, there are other reasons to think that they involve verbal passives. 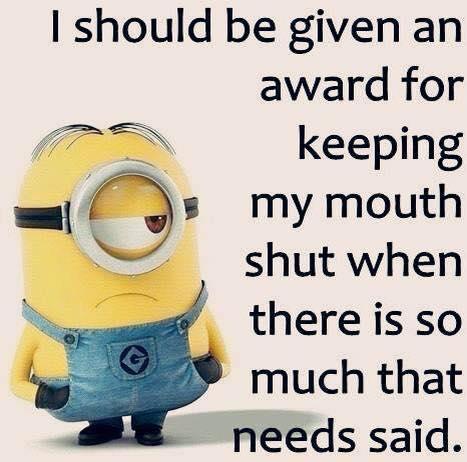 According to Edelstein (2014), adverbs which may precede adjectival passives do not occur naturally with needs washed sentences. For example, well may precede adjectival passives, as shown in (12a) and (12b), but well may not precede the passive participle in the need + V-en construction in (12c) (examples (12a) and (12c) are from Edelstein (2014)):

Purpose infinitives (infinitives in which to can be interpreted as in order to) are possible with the needs washed construction, according to Edelstein (2014), who provides the examples in (13):

Subject not necessarily volitional, even with want or like

14)   a.*That Doctor of hers wants reprimanded for missing that one!!

b.*All kids want told off from time to time.

c.*[a particular plant...] is easy to grow, except that it ‘likes watered every day’.

In these sentences, it is obvious that it is not the doctor's desire to be reprimanded, or the kids' desire to be told off, and, given the context, (14c) is probably not meant to express the desire of a (perhaps anthropomorphized) plant. In these uses, the meaning of the verb comes quite close to 'need.'

In the presence of negation, the word need can be an auxiliary or a main verb. When it is an auxiliary, it precedes negation and does not have the suffix -s as in (15a), but when it is a main verb, do is needed and need follows the negation as in (15b):

b.*The car doesn't need to be washed so thoroughly.

Edelstein (2014) points out that only the main verb need is possible in the needs washed construction. Modal need is not possible. This is shown by the fact that (16a) is unacceptable while (16b) is acceptable:

17)   a. Some people need saddened by tragedy, in order to achieve wisdom.

b. Nobody needs angered by the truth.

Page contributed by Zach Maher and Jim Wood on June 11, 2011