"John has yet to visit his grandmother."

“She blocked her eyes and drew the curtains with knots I’ve got yet to untie.”

Have yet to is a construction that appears in most, if not all, varieties of English. It refers to an event that has not occurred so far but that might occur in the future. For example, (1) means that the speaker has not eaten dinner but will possibly do so at some point in the future:

Some speakers can use a form of be instead of have, as shown in (2):

From our surveys, this construction appears to be distributed across speakers in all regions and demographic groups. Certain properties of the construction differ from speaker to speaker, with no clear geographic or demographic trends. These properties are discussed in the next section.

The clearest distinction between have yet to and be yet to is found with respect to so-called though-movement, at least for some speakers. Given a base sentence like (4a), most speakers allow the bracketed part to be moved to the front of the sentence and be followed by though, but only with be yet to, as in (4b):

4)   a. Though he has/is [yet to score], Messi is still Barcelona’s best player.

b. [Yet to score] though he is, Messi is still Barcelona’s best player.

Sentence (5), which does the same operation with have yet to, is ungrammatical:

5) *[Yet to score] though he has, Messi is still Barcelona’s best player. 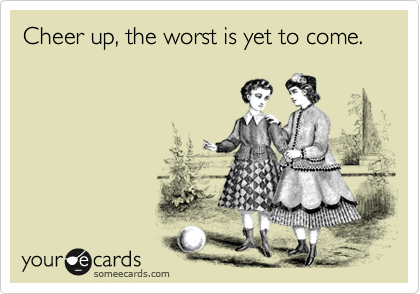 Does have yet to make a sentence negative?

When a sentence is negative, it can be followed by a shorter sentence beginning with neither, as in (6a). By contrast, when the sentence is positive, the following sentence can begin with so instead, as in (6b):

6)   a. John doesn’t have any children, and neither does Mary.

b. John has three children, and so does Mary.

In this way, the ‘so/neither test’ can be used as a way of distinguishing a positive sentence from a negative one. When this test is applied to have yet to, speakers (and linguists) often give contradictory judgments. Harves and Myler (2014), for instance, judge (7a) to be ungrammatical and (7b) to be grammatical, while Johnson and Bybel (2014) give the opposite judgments:

b. John has yet to eat dinner, and so has Mary.

Our surveys suggest that (7a) is more widely acceptable than (7b), but in fact both are accepted by most speakers.

The so/neither test is one of several tests for negation given by Klima (1964). Another test is whether or not a sentence can be continued by not even once: Negative sentences can be continued by not even once, while positive sentences cannot. For Bybel and Johnson (2014), (8) is grammatical, suggesting that have yet to does create a negative sentence. However, Harves and Myler (2014) disagree, and for them, sentences like (8) are ungrammatical:

8) John is yet to attend Mary’s lecture, not even once.

Auxiliary have vs. lexical have

The verb have can be used as a main verb, where it usually means something like ‘possess’, as in (9a). Have can also be used alongside another verb as an auxiliary verb, or ‘helping’ verb—in (9b), for example, has is the auxiliary verb and visited is the main verb:

b. Mary has visited her daughter.

This brings up the question of whether the have in have yet to is a main verb or an auxiliary verb. Huddleston (1976) gives several tests to distinguish main verb have from auxiliary have. Harves and Myler (2014) apply these tests to have yet to and, as in the previous tests for negation, they find mixed results. One such test is whether or not contraction of have or has down to ‘ve or ‘s is permitted. Auxiliary have can be contracted, as in (10a), while main verb have cannot be contracted, as in (10b):

Most speakers permit contraction with have yet to, as in (11), suggesting that, for those speakers, have is an auxiliary:

11) We’ve yet to win the hearts of our classmates.

Another test concerns whether or not the auxiliary verb do appears. Do can replace part of a sentence if we already know the content of that part. This replacement is known as ellipsis. For example, (12b) can be used to express the same idea as (12a): the second instance of the phrase has three children can be replaced by do without affecting the meaning of the sentence:

b. John has three children, and Bill does too.

But when an auxiliary have appears in the first part of the sentence, as in (13), then that auxiliary will reappear when ellipsis takes place:

As sentence (14) shows, using do to replace an auxiliary have is ungrammatical:

Therefore, we have another way of distinguishing main verb have from auxiliary have: a verb phrase with main verb have can be replaced by do under ellipsis, as in (12b), while a verb phrase with auxiliary have can be replaced by have under ellipsis, as in (13). Applying this test to have yet to has yielded inconclusive results for the acceptability of sentences like (15a) and (15b):

b. John has yet to win the hearts of his classmates, and Bill does too.

Our surveys, which use these tests and others, indicate that, for most speakers, the have of have yet to is an auxiliary rather than a main verb, although many speakers allow both variants and others allow neither. 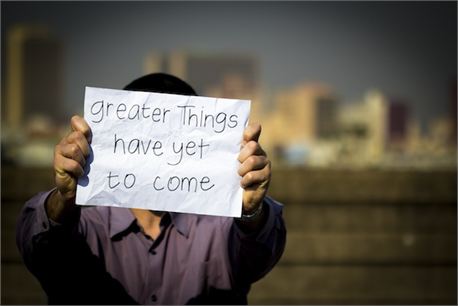 Our surveys have shown that a minority of speakers allow have yet to to be replaced with have got yet to as in (16):

16) You’ve got yet to visit your grandmother.

b. *We’ve got visited our eight grandchildren.

This suggests that, for the speakers who permit have got yet to, have yet to contains a main verb have, rather than an auxiliary have.

Please cite this page as: Tyler, Matthew. 2015. Have yet to. Yale Grammatical Diversity Project: English in North America. (Available online at http://ygdp.yale.edu/phenomena/have-yet-to. Accessed on YYYY-MM-DD). Updated by Katie Martin (2018).