“She wanted her some liver pudding.”

1)  a. They bought them a car.
(Webelhuth and Dannenberg 2006, Southern American English)

b. I'm gonna write me a letter to my cousin.
(Christian 1991, Appalachian English)

Personal datives are unique because they do not contain the reflexive suffix -self (or its plural form -selves) that would have to be present in that position in standard English. For example, standard English does not permit the examples in (1), but it does allow (2a) and (2b), which are similar to (1a):

2) a. They bought themselves a car.

b. They bought a car for themselves.

b. *I'm gonna write a letter for my cousin for myself.

Moreover, even when a standard English counterpart seems to be available, as in (2a) and (2b), the literature is unanimous in saying that the standard English counterpart has a different meaning than the personal dative; specifically, personal datives place a greater emphasis on the subject's involvement in the event (Webelhuth and Dannenberg 2006). 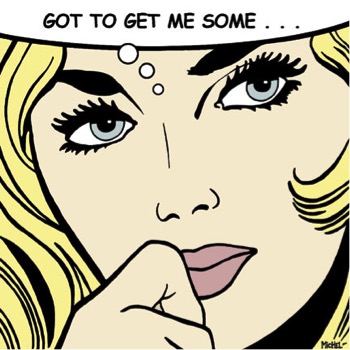 Wolfram and Christian (1976), Christian (1991), Webelhuth and Dannenberg (2006), Conroy (2007), and Armstrong and Hutchinson (2008) describe the personal dative as associated with Southern American English and draw their examples from Appalachian English in particular.

Horn (2008) discusses the presence of personal datives in pop culture (like Toni Braxton's song "I love me some him" ) and cites certain attestations in speakers that are not from the South.

Christian (1991) reports that any pronoun except it may be used as a personal dative. This fact is illustrated by the following examples adapted from Webelhuth and Dannenberg (2006); all are acceptable except for (4e) (note that you may have a singular or plural reading in (4b)):

b. You got you some candy.

c. He got him some candy.

d. She got her some candy.

f. We got us some candy.

g. They got them some candy.

Christian (1991) notes that first- and second-person personal datives occur much more frequently than third-person ones.

According to Horn (2008), personal datives may neither be stressed nor coordinated (grouped with another noun or noun phrase using and), although the restriction on coordination is not absolute in all speakers. For example, the following is at least somewhat acceptable for some speakers:

5) ?She bought her and Kim some ice cream.

Position next to the verb

d. He was given a watch by me.

However, personal datives must appear to the immediate right of the verb (Webelhuth and Dannenberg 2006). Thus, of the following four examples, only (7a) is acceptable (under the desired interpretation):

Personal datives can only appear after verbs that have direct objects (Christian 1991:12). Thus, the following three sentences are unacceptable (Hutchinson and Armstrong 2014:183):

b. *John worked him at the shop.

Webelhuth and Dannenberg (2006) observe that, in a personal dative construction, the direct object of the verb is generally introduced by an indefinite marker like some or a few, examples of which are shown in (9a) and (9b), respectively:

9) a. Mary would love her some flowers.

b. Mary would love her a few flowers.

Horn (2008) brings up some counter-examples to this restriction, based on Google searches that yield examples like those in (10):

b. I need me this {coffee mug/keyboard/book/sign/here album}.

As Horn notes, however, it is not possible to say whether such examples are produced by speakers from Southern American English or by speakers of other varieties of English, for whom the grammar of this construction might be different.

According to Christian (1991), personal datives cannot occur with verbs that have non-prepositional indirect objects. Thus, although (11a) is acceptable, (11b) is not:

b. *He was looking to buy him his family a house.

However, if the indirect object is instead expressed with a prepositional phrase, a personal dative may be present, as in (12):

12) He was looking to buy him a house for his family.

A crucial aspect of personal datives is that they must be coreferential with the grammatical subject (Webelhuth and Dannenberg 2006). Thus, him in (13a) is a personal dative, but him in (13b) is not:

b. Hei bought himj some candy.

Therefore, personal datives are (at least apparently) violations of Principle B of the binding theory, which states that if two noun phrases in the same clause refer to the same individual, the second one must be a reflexive, such as himself and not an ordinary pronoun or noun like Bob or him. In this way, personal datives differ from standard double object constructions like (13b), which are not violations of Principle B.

Possible explanations for Principle B violations

Meanwhile, Conroy (2007) proposes that personal datives are actually reflexives that happen to be phonologically similar to pronouns; thus, Principle B is not relevant.

Finally, Horn (2008) classifies personal datives as non-subcategorized pronouns—that is, they are not arguments of the verb at all. Because some versions of Principle B require the pronoun in question to be a co-argument of the verb, he argues that the status of personal datives as non-arguments allows them to create apparent violations of Principle B because they are not co-arguments of the subjects coreferential with them. 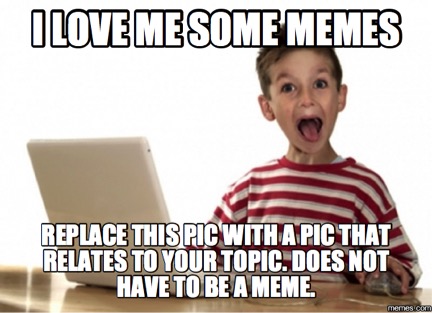 We did not "replace this pic" because it already relates to our topic!

b. Fran loves her a day off every now and again.

c. Kim already baked her a cake this morning.

(14a) and (14b) emphasize the subjects' roles as experiencers of loving and liking. (14c) highlights Kim's role as the one who accomplished the baking of a cake. This property distinguishes personal datives from standard English double object constructions like (15):

15) Kim already baked herself a cake this morning.

Whereas the personal dative her in (14c) serves to highlight Kim's role as the agent who baked the cake, the reflexive herself in (15) highlights Kim's role as the beneficiary for whom the cake was baked. In fact, in (14c), Kim may or may not even be the person for whom the cake was baked, whereas in (15) it is certain that Kim is the beneficiary of the cake-baking.

Horn (2008) states that personal datives suggest that "the action expressed has or would have a positive effect on the subject, typically satisfying the subject's perceived intention or goals." Hutchinson and Armstrong (2014) build on this notion by stating that the personal dative serves a "satisfactive" role; that is, the usage of the personal dative indicates that the subject becomes satisfied by the event denoted by the verb. By contrast, standard double object constructions like (15) serve a possessive (rather than satisfactive) role by denoting a change in possession between the source and the goal.