"I wouldn’t tell him, but I would have rathered slept in a bed because, in all honesty, his lap was not very comfortable."

Verbal rather is the use of the word rather as a verb meaning ‘prefer,’ as in the following sentence:

1) They would have rathered her go hang out at parties.
(Klippenstein 2012)

In (1), rather takes the ending -ed, a suffix that is characteristic of verbs. As will be discussed further below, verbal rather has, for many speakers, developed distinct linguistic properties which set it apart from perhaps all other verbs in the language.

No published studies discuss the present-day distribution of verbal rather, although its use seems to be widespread; Wood (2013) notes, anecdotally, that speakers from a wide geographical range use rather as a verb. The survey results presented in the map below corroborate this.

According to Klippenstein (2012), rather first began to be used as a verb without any verbal suffixes (such as -ed, -s, or -ing). The earliest attestation is from Richard Edwards’s “Of Fortunes power” (page 25) published in 1576, as shown in (2a). Another early attestation comes from a 1614 letter written to Lord Binning by George Sinclair, the 5th Earl of Caithness, which is shown in (2b):

“The clearest pre-1900 example occurs in Sinclair’s (1899) edited version of the 1614 text given in (2b) above. Sinclair cleans up spelling, morphology , word choice, and style towards norms of his time. In the process, he adapts I rather I had bene buried heir a(without morphology) to I should have rathered I had been buried here (with morphology); this indicates that he in fact perceived should have rathered as relatively standard.” 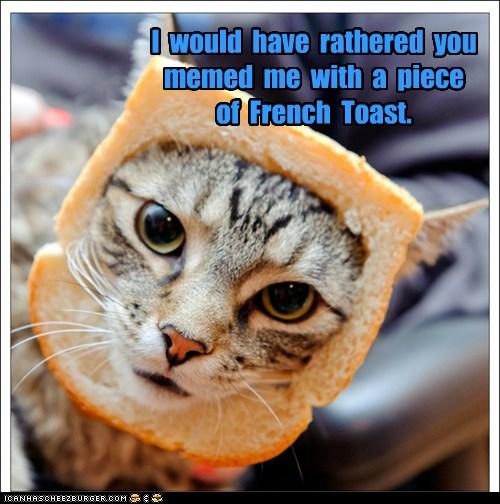 A modal is needed

4) a. I would have rathered leave immediately.

b. * I have rathered leave immediately.

Note that while the judgments in (3) hold for most speakers, the dialect exemplified in (4) is more limited. For such speakers, examples like (2) are not possible. The modal requirement also rules out simple past and present tense uses as in (5):

b. * I often rathered leave before them.

The modal would is the most common, but some other modals, such as might, are possible, as in (6):

6) a. He might rather leave before them (you should ask him).

b. He might have rathered leave before them (you should’ve asked him).

Even in the presence of would, rather resists certain verbal suffixes, such as -ing. While (7a) might be ungrammatical because verbs meaning ‘prefer’ are often unnatural with the progressive as in (8a), this argument cannot extend to (7b) because (8b) is perfectly acceptable:

7) a. * At that point, I would have been rathering leave before them.

b. * He would complain, clearly rathering leave immediately.

8) a. * At that point, I would have been preferring to leave before them.

b. He would complain, clearly preferring to leave before them.

9) a. I’d have rathered leave before them.

b. I’d have rathered left before them.

c. I’d have rathered her leave before them.

d. I’d have rathered her left before them.

b. I’d have rathered gone to a small school.

c. I’d have rathered her go to a small school.

d. I’d have rathered her gone to a small school.

c. I’d rather her go to a small school.

The presence of two participles is perhaps the most striking property of verbal rather. Other verbs in English generally do not allow two participles; for example, in all the sentences in (12), the infinitive form of the verb is acceptable, but the participial form is not:

b. I have always helped {fix/*fixed} things.

c. I have never seen him {leave/*left} happier.

d. I have never made him {do/*done} anything difficult.

These verbs share various properties with verbal rather; (12a) means something similar, (12b) involves two verbs next to each other, and (12c-d) involve a form similar to (9c-d) and (10c-d). Unlike verbal rather, though, none of them allow two participles.

While participle doubling is rare in English, it is widely attested in other Germanic languages. The phenomenon is called ‘Parasitic Participles’ by Den Dikken & Hoekstra (1997). Examples can be found in Frisian, Swedish, Norwegian, Faroese and Icelandic, and very similar phenomena can be found in Dutch and German (see Wurmbrand 2010 for a detailed overview, and Wood 2013, citing Sigurðsson 2012, on Icelandic). An example from Swedish, taken from Wiklund (2001:211), is shown in (13):

For some speakers, it is also possible to say have twice with verbal rather as in (14):

14) I would have rathered have gone to a small school.

In the frame below, you will find a map showing recent results from one of our surveys. The survey asked how acceptable people found sentences in informal contexts, on a scale of 1-5, 5 being "perfectly acceptable" and 1 being "unacceptable."

These acceptability judgments were then averaged by state, and the color of the state indicates the average acceptability. Red indicates very low acceptability, orange slightly higher, light green even higher and dark green the highest. You can click on the states to see the exact average. The states are also each labeled with a number indicating the number of participants in that state.