My true love for to see."

For to infinitives are verbs introduced by for to where Standard English would use to, as in (1) (Henry 1995):

In Standard English, it is common to introduce a clause containing an infinitive with for if the verb has a subject, as in (2), where Alex comes between for and to:

The non-standard for to construction usually refers to sentences where there is no intervening subject, like (1).

Who says this?
Syntactic properties
In pop culture
References

For to infinitives are found in a wide variety of locations, both in and out of the United States. In North America, they have been reported in Ottawa Valley English (Carroll 1983), Smoky Mountain English (Montgomery and Hall 2004), and Ozark English (Elgin and Haden 1991). One study of West Virginia English mentions that older speakers use them, but they are falling out of usage (Hazen et al. 2010). Schneider (2008) reports that they are present in the Southeastern United States in coastal and highland communities, among both African American and Caucasian speakers.

Historically, this feature was common in English. The following example of a for to infinitive comes from Chaucer’s Canterbury Tales:

3) Som man desireth for to han richesse, / That cause is of his mordre or greet siknesse
‘One man desires to have riches, Which is the cause of his murder or great sickness’
(Gloss from http://sites.fas.harvard.edu/~chaucer/teachslf/kt-par1.htm)

Not all dialects that have for to infinitives allow them in exactly the same contexts, although there are similarities across dialects. Most of the following data come from Belfast English (Henry 1995), Ottawa Valley English (Carroll 1983), and Ozark English (Elgin and Haden 1991).

The most widespread use of for to infinitives is in introducing a purpose clause, which describes why an action is being done, as in (4). Here, for to means something like in order to. Henry (1995) mentions that this usage is found throughout Northern Ireland, while other uses, such as (1) above, are more restricted. 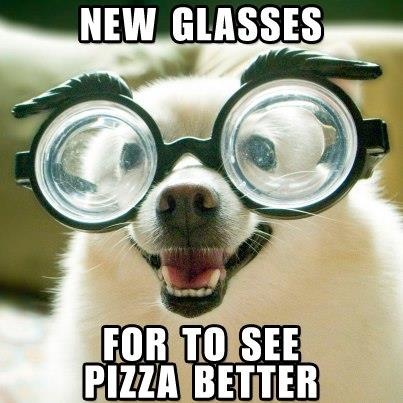 In Ottawa Valley English (OVE), for to infinitives cannot appear with all verbs and adjectives. Specifically, they can only occur with verbs and adjectives for which the embedded clause “may take (but do[es] not require) a ‘subject’” (Carroll, 1983). In the following examples, the sentence in (a) is a grammatical for to infinitive in OVE, and the sentence in (b) shows the same sentence with a subject inserted.

b. Fifi was happy for you to go.

b. Dodo waited for us to go.

7) a. This machine is for to drill with.

b. This machine is for you to drill with.

b. *Dodo tried for Fifi to come.

In Belfast English, for to infinitives may appear by themselves when used as exclamations, such as the following (Henry 1995):

Furthermore, in Belfast English for to infinitives can play the role of the subject of the sentence:

10) For to pay the mortgage is difficult.

One context in which for to infinitives never occur is following the word whether. This makes it clear that for to is syntactically different from to and not simply a variant on the same word (Henry 1992), because to can follow whether. For example, (11a) is unacceptable for speakers of for to dialects, while (11b) is acceptable in standard English and other dialects:

b. I don't know whether to go.

On the other hand, other wh-words can co-occur with for to:

For to and word order

In Northern Irish varieties, there are some contexts where speakers find it more acceptable to leave the for and to adjacent to each other after a noun or pronoun—specifically, after want or another verb similar to want. For those speakers, the first of these two sentences would be acceptable, but not the second:

b. *I wanted for Jimmy to come with me.

This is not true in contexts where something else appears between want and the noun or pronoun. (14), unlike (13b), would be acceptable to such speakers:

14) I wanted very much for Jimmy to come with me.

For to infinitives, especially of the purposive sort, are found in many well known songs and poems:

16) And the words that are used for to get the ship confused / Will not be understood as they're spoken.
(“When the Ship Comes in”)

Bob Dylan frequently used for to infinitives in his lyrics, and also used it in his Nobel Lecture upon receiving the Nobel Prize for Literature in 2016.

19) Overhanging branches that he makes a leap to reach for to save himself from a raging river.