In linguistics, the term expletive does not refer to a curse word, but rather refers to something that is essentially meaningless, but serves as a kind of syntactic placeholder. Expletive they appears in places you might expect to see expletive there in standard English.

1) a. Expletive they: Of course, it’s possible they could have been a mill there.
(Montgomery 2006)

b. Standard expletive there: It’s possible there could have been a mill there.

Sentences (1a) and (1b) have identical meanings for speakers who accept (1a): expletive they is essentially interchangeable with standard English expletive there.

Just like standard expletive there, expletive they can bear the contraction ’s. (Unlike there, it must take singular 's/is, as discussed further below.)

2) a. Standard expletive there: There’s a bunch of people here.

b. Expletive they: They’s about six or seven guitar players here.
(Montgomery & Hall 2004)

Again, expletive they can be replaced by standard English expletive there, and (2a) and (2b) have identical meanings. 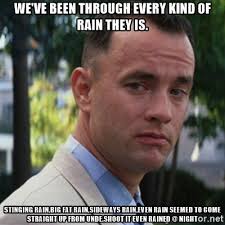 Existential dey, found in African-American English and rarely in Newfoundland English, behaves much the same way as expletive they, but it has often been documented as a separate phenomenon.

Not a regular pronoun

Consider the sentences in (3) and (4). Sentence (3a) contains an example of pronoun they, which as seen in (3b) and (3c) adds crucial information to the sentence and cannot be omitted. Sentences (4a) and (4b), on the other hand, have functionally identical meanings. They differ in that (4a) contains an example of expletive they, while (4b) does not contain the expletive and is still acceptable with basically the same meaning:

3) a. Pronoun they: They are happy together.

b. No pronoun they: *Happy are together.

c. No pronoun they: *Are happy together.

b. No expletive: A lot of hunting is done in this country now. 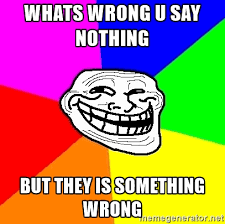 Expletive they in Appalachian/Ozark English is often conflated with the deletion of some verbal forms of to be (sometimes called leveling) in these dialects. The third person singular form was is the preferred past indicative be form for all persons and numbers in Appalachian/Ozark English. That is, I was…, we was…, you was…, she was …, they was…, etc., are all acceptable. Similarly, expletive they most often appears with the third person singular forms is/'s and was, regardless of whether the subject of the clause is singular or plural (Montgomery & Hall 2004). Tortora (2006), however, proposes that expletive they, from a grammatical standpoint, is not plural in the first place, and that it in fact has no specification for number at all.

Dey and the null copula

Like expletive they in Appalachian/Ozark English, existential they/dey in AAE is conflated with how AAE treats the verb to be. In AAE, inflected forms of be are omitted in most present copula constructions. That is, we tall, you tall, she tall, they tall, etc., are all acceptable (Green 2002). (See our Null Copula page for more information.) Similarly, AAE they/dey is found in constructions with an omitted or null copula.

b. Standard expletive there: There is some coffee in the kitchen.

c. No expletive: Some coffee is in the kitchen.

There are various hypotheses about how exactly expletive they originated. It’s possible that expletive they came about as a result of the loss of /r/ after vowels in the standard English expletive there, causing it to be pronounced like they. However, postvocalic /r/ is present in other lexical items in Appalachian English, so if it was lost in this case it happened in a very restricted context (Wolfram & Christian 1976).

8) They fixed up to go back in to help pack out the bear and they was eleven of them went back in and they had had supper when I got in.
(Montgomery 2006)

In this sentence, the boldfaced instance of they could be referring to the earlier plural subject, or it could be expletive they. Another possibility is that this is an example of a Split Subject, which you can read more about on our Split Subjects page. The relationship between expletive they and Split Subjects is an interesting topic of research (see Zanuttini and Bernstein 2014).

A final hypothesis posits that expletive they orginated in Scotland in the seventeenth and eighteenth centuries, and that Appalachian/Ozark English, having a stronger Scottish influence, has retained this feature while standard English has lost it (Montgomery 2006). The Dictionary of American Regional English suggests that it is probably from Scots, but that the latter uses it with a plural verb, even when the subject is singular (in contrast to what was observed above in contemporary varieties of American English). 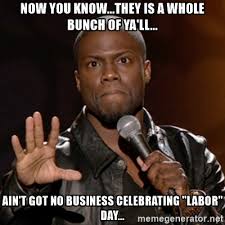 b. Expletive there: There is a dog outside.

As a final note, it is not uncommon cross-linguistically for expletives to be pronounced the same as (homophonous with) singular pronouns. Expletive they is unusual in that it is homophonous with a plural pronoun (Tortora 2006).