The labels “Invariant be” and “Habitual be” are used to refer to the use of be in sentences like (1) and (2):

As pointed out in Green (2002), sentence (1) can be paraphrased as ‘She’s always telling people she's eight’ or ‘She always tells people she’s eight’, and sentence (2) as ‘I’m usually in my office by 7:30’. This suggests that such sentences are interpreted similarly to those with the adverbs often and usually, that is, as conveying that an event happens frequently, or habitually. It is because of this characteristic interpretation that sentences of this type are often described as containing “habitual be” (or “distributive be”).

This use of be is also known as "invariant be" because unlike regular be &em; which varies its form depending on the tense and person/number of the subject (e.g. was, am, were) &em; invariant be has a single, invariant form. For a possible exception to this generalization, see Is invariant/habitual be really invariant? We will use the label “invariant/habitual be.” 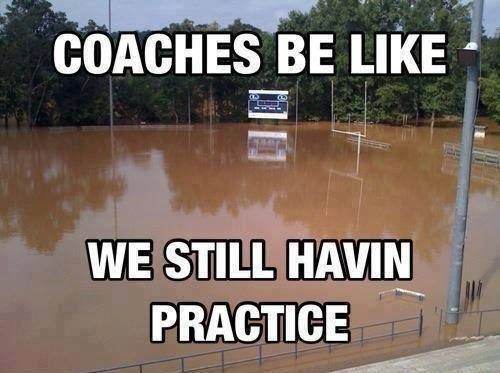 It is also found in a number of regional varieties of English among speakers who are not African American, as first pointed out in Bailey and Maynor (1985), based on data from east-central Texas, and Bailey and Bassett (1986), based on work in East Louisiana, Gulf Mississippi and Lower Mississippi. Montgomery and Mishoe (1999) report that this kind of be is attested among white speakers in certain coastal counties in North and South Carolina (their paper focuses on Randolph County, North Carolina, and Horry County, in South Carolina), and give examples like the following:

b. Sometimes I have spells. Lately I be having more and more spells.
(Montgomery and Mishoe 1999)

Outside of the United States, linguists have noticed the presence of invariant/habitual be in Newfoundland English (Clarke 1999, 2008), in Caribbean English (Rickford 1986a), and in Hiberno English, spoken in Ireland (Hill 1975; Harris 1982, 1985; Kallen 1986; among others). Rickford (1986a) points out that, in Southern Ireland, do be (rather than be) is used to convey that something happens habitually:

4) a. They be sick a lot.
(Northern Irish English)

b. They do be sick a lot.
(Southern Irish English)

Invariant/habitual be follows the subject and occurs before several types of phrases that describe an event, like an activity or a state. In linguistic terms, we call such phrases predicates. There are several possibilities for the predicate that follows be. First, it can be a verb ending in -ing:

Second, it can be a verb in the passive form:

8) Any comments right quick before I be thrown out?
‘Are there any comments before I’m taken out of the class?’
(Green 2002:98)

Third, it can be an adjective:

Fourth, it can be a noun phrase:

11) John be the choir director.
(Harris in progress)

Finally, it can be a prepositional phrase:

When a sentence with invariant/habitual be is a question, the auxiliary do (or, less frequently, did) precedes the subject:

14) a. Do Stefen be coming home late?
‘Does Stefen usually come home late?’
(Harris in progress)

In a negative context

When a sentence with invariant be is negative, the negative marker is don’t:

d. Christmas Day, well, everybody be so choked up over gifts and everything, they don’t be too hungry anyway.
(Fasold 1972:171)

With adverbs of frequency

Invariant/habitual be can occur with adverbs that express the frequency with which an event tends to happen, such as always, usually, often, though such adverbs are not required. Some examples are given below from Green (2002:51):

16) a. I always be looking for somewhere to waste time.

b. I usually be looking for somewhere to waste time.

c. I often be looking for somewhere to waste time.

d. I never be looking for somewhere to waste time.

Is invariant/habitual be really invariant?

Invariant be tends to occur as is, without any inflection; indeed, we never find it with the suffix -ing, -ed, or -n’t. However, it is possible to find it with -s. This has been reported for African American English, as in the following:

Montgomery and Mishoe (1999) found bes in the coastal counties they studied in North and South Carolina:

18) a. The baby bes crying all afternoon. He’s fine in the morning, but cranky in the afternoon.

b. Christmas bes the best time to get together. All other times somebody in the family can’t come.

c. Them laws [i.e., highway patrols] don’t bes doing nothing but riding around and drinking coffee.

Clarke (1999:332) reports it in Newfoundland Vernacular English, when the sentence conveys that an event occurs habitually (she spells it bees):

b. Usually I talks fast and gets off because I bees embarrassed.

Clarke (1999) points out that Newfoundland Vernacular English generally expresses a habitual event (not in the past) with the suffix -s on a verb stem (e.g. I gets sick when I takes aspirin). She suggests that the -s we see on be in sentences like those in (19) might be the same marker of habitual aspect that we see on other verbs in this variety of English.

Starting with Labov et al. (1968), Dunlap (1973), and Brewer (1979), and all the way to today (e.g. Harris in progress), linguists have noted that there are cases where be is also used in sentences that are not characterized by a habitual interpretation.

For example, in the following sentences be does not convey that an event happens frequently or habitually, but rather that the speaker strongly believes that the sentence is true:

Alim (2004) provides several such examples taken from lyrics and conversations. The sentences in (21) do not convey that something is usually the case, but rather that X is equal to Y – for example, that this beat really is the beat of the street (21a):

Harris (in progress) provides naturally occurring examples, like the ones below (the paraphrases provided by Harris have some additional material that helps convey the feeling of emphasis):

21) a. New Haven be lit.
‘New Haven is really a very exciting and happening place to be.’

c. Her Father be your Father
‘Don't you know, her (heavenly) Father is also your Father.’

The question then is whether we have two different bes, each contributing a distinct interpretation, or whether it’s the same element, with two interpretations.

Like the invariant be that is characteristic of African American English, New England invariant be did not exhibit tense or person morphology &em; the form bes is not and was not used in either dialect. Unlike AAE be, New England be did take the negative marker n't, forming bain't, at least until 1834 (Pablé and Dylewski 2007:168. However, by 1893, this negative form could no longer appear and was replaced by ain't (Pablé and Dylewski 2007:161, 171).

New England invariant be also had very different syntactic and semantic properties. Unlike in other dialects, that invariant be did not have a habitual meaning. It also could not be negated with don't, nor could it be used in the past tense or with a third person singular subject. However, it could appear with first or second person subjects, either singular or plural, as well as with a third person plural subject (Pablé and Dylewski 2007:161, 164).

The sentence position in which New England invariant be was found also differs from other dialects. As mentioned previously, invariant be in African American English is usually found mid-sentence, between the subject and the predicate. However, in New England English, invariant be was generally sentence-final due to VP-ellipsis in declaratives. In questions it could move to the beginning of the sentence, as in the following examples from Pablé and Dylewski (2007). This differs from AAE, see (14) above.